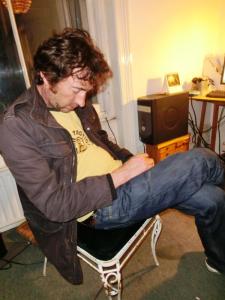 Note: These minutes have been run through the AussieScumWebFilter program to avoid insulting some of our peers.

2. Apologies from absentees. Tim and Chiefy.

7. Brunswick Village – perhaps we will look for another home fixture in this week. We like BV, but want to explore our away options. Alex to look into.

8. Sidbury (Sat on tour – 9th June, 2012) but we want to play Sidbury, not the notts (MCC). We talked about going to France, but this is something Richard can look into. Action: captain crack.

11. Jamaica Inn Pirates: debate about wearing gardening gloves when a man comes out to bat. Let’s consider our options for an alternative fixture, but we will happily keep this fixture if no other options arise.

15. WG Gracefully – we do like this fixture but the arrival time of the opposition (at their home ground) was an issue this year.

16. Ansty, home game this year ? we will do what we can to accommodate a home pitch.

19. Ashurst – the fixture will be replaced if we can find an alternative.

5. Reflection on this year: A Skipper’s perspective.

Can I just say: “thanks to the committee members for the year”. It was a great season, played in a good spirit. We beat all the good teams that are tough to beat. The pub was a massive plus, the constant made a real difference to our season, EO should express this to the lovely bar staff. “Rickywantstosaythattheywerelovelyandaccommoooddddaaattttiiinnngggg”. Holly is Tel’s fav. Played 23, won 12, lost 5, drew 3, rained off 3. But we did have those 2 fixtures were a bit of a ball ache. Farking Tim, didn’t bring the scorebook. Wants to thank everyone who played this year, great season!! Rob set the scene by punching someone in the first fixture!!! Further to all that, we have 4 people, all balls, who played every game, Biff, Dave, EO, Alan. Terry and Ibu only missed one, and Rob only missed 2. David the lovely vet played 9 games. He deserves his own place on the matrix, whereas Harry, Jonny and Adam didn’t play any games, hence don’t deserve their place on the matrix.

Nets are booked. Starting Thursday 10th November, 6.25-7.25 at Plumpton. Price gone up to £32 per session, which is still very reasonable. Through till April 19th is the last nite. Excluding the session 29th December only. 23 net sessions costing £23×32=£736. This year we had 2 of the best ever victories, Hassocks was a great great win, Hammerwood game will goes down in folk lore. Dave saw the best catch ever seen in his life at Bodle St. A season where he has so many fond memories. A good team to play for.

7. Refraction on this year: A Treasurer’s attempt to bend the truth.

We’ve had a basically a financially season the same as last season, we spend £570 on tour, all the figures are more or less the same, we spent £520 more than we took this year. We still have £363 in the bank. EO with his back of the envelope calculation, for the sake of decorum, Alex told himself to shut up. 2 minor rashes/issues, with the reintroduction of 2 longer fixtures, do drivers pay for long fixtures ? We voted for long fixtures including only Burpham, Bodle St, Hammerwood, and Forest Row if we play there. For these fixtures the drivers won’t have to pay match fees.

I will look into web feeds going to email.

9. Finage report from the Bloater.

Nowhere to be seen.

iii) Brokeback Mountain: Ansty Del and Biff 195, Biff and Jerry 129. Del and Biff 123. Dave and EO at Warninglid118 (greys record). Suggestion is that the prize should be 2 cowboy hats.

v) Party seven moment of the year. Finalists include: Dave being peed on by a dog, Del for his skier catch, EO for his final ball match winning single. EO won by 8-4 against Del. Awesome awesome awesome work EO!

vi) Mighty Greysman of the year. EO – nominated for EO how he got us in the Constant. For his great efforts and improvement this year, and for he is the worst driver in greys history and for hosting the best party in greys history. Alex for his fixtures list, that never ceases to astound us. Ricky for his backdropdribblin. Dave for his outstanding consistency and sorting out our team for being less ridiculously generous. EO was almost unanimous!!!!

4. Skipper – Ricky as skipper, Biff. Biff voted in, twas a close one, Ricky then woke up.

Richie – Approach Harveys for beer sponsorship ? yes the vote is for Richie to be able to speak to harveys about our options.

Something about Hassocks spring. I was far too drunk at this point.