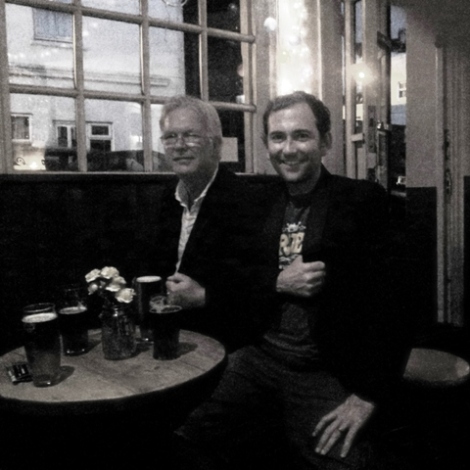 The perfect sunday: A good game on a hot day on a good cricket wicket with no EO and plenty of laughs. Warning: derogatory, inflammatory comments about my own team below, with comedy opposition surnames outlined.

Some pics from this match can be found here.

There is a general sense of change in the air. New greysmen are appearing frequently (Max, Justin) old greysmen are reappearing frequently (Johnny, Paul), the sun seems to be staying out for prolonged periods of time and it’s even warm enough to drink outside in the evenings after a match. Oh and EO didn’t play which definitely doesn’t happen too often, although it was very welcome…just kidding EO, we love you mate!

The mighty greys won the toss on a very lively, pacey, dry, seaming wicket: a superb one for cricket all round. Plenty in it for the bowlers, a relatively slow outfield, a baking hot day- all pointed to batting first (doesn’t it always?). A very solid start by the opening pair (the greys most experienced opening pair?) putting on 58 before Jes the Les was cock and balled (or was that caught and bowled?) by Cocker for 15, followed by Biffo (30) who was bowled by a nasty one (yep, the bowler’s name was Nastys), then Del followed with a rather crappy cover drive/hack (19) which left AlaGalaga (Alan) and Max senior (Alex) to steady the ship. Some solid defence early on set them up nicely, before some superbly immaculate stroke play off a darkie and a pratt (I finally get to say that without offending anyone…yep they had surnames Dark & Pratt!) saw the total steadily rise over the 100 mark. Alan (17) with a creamy clip off his pads over midwicket and Alex with a series of blows disappearing hastily over the boundary (that sweep, the back food drive/cut, the hoik back over the bowlers head) were all a delight to watch before Alagalaga ran way too many paces down the track to get himself stumpted. Tel was looking his usual starchy, crease-hugging self before he copped a beauty nipping back up the hill to demolish his castle for 3, followed similarly (although more comically) by debutant Justin for a second ball duck, bowled by a beauty at the top of middle (video to follow). Dave Day the overlord smacked a few beauties (one nearly collecting yours truly umpiring behind the stumps) but was neatly caught for just 6 before he could really inflict his usual pain on the opposition. That left Alex Junior (Max) and Max Senior (Alex) to bash a few around and run a silly single on the penultimate delivery to run Alex out by a good few yards. Ricky came in for the last ball and flayed a quick single, leaving the greys with a very respectable 9-162 off the 40 overs. It should be noted that there were 38 extras here, a very welcome addition indeed.

A very solid tea included good cakes, plenty of meat and cheese-based sangers and 11 saucers full of tea thanks to a certain clumsy greys statesman (doesn’t this happen every year at Warninglid?). Then there was Ricky enjoying his tea more than most, ogling at the 70 something grandmother (who slaved over our food for several hours while we batted), licking his lips and saying “don’t you just love a good old fashioned woman who likes to sort out the boys?!”. We ate too much and for once there were still leftovers (ah of course…no EO!!).

162 on this wicket would require some getting, but we were by no means complacent as the ‘lids top order are well adapted to their conditions and are well capable of hitting over the top with conviction, something we didn’t really do til late in our innings (we mostly nurdled until Alex, Dave and Alan upped our game). A superb opening spell by both the overlord (1-7 off 7 with 4 maidens…that’s as many maidens as Ricky slept with the night before!) and the undertaker (3-11 off 7 with 2 maidens…that’s as many maidens as Ricky slept with last weekend) really took all wind out of the ‘lids’ sails. The undertaker in particular shaped the ball away from their top order beautifully in one of the best spells of outswing bowling your scribe has ever seen- the slips cordon were licking their lips in anticipation of a tinkle (Ricky was still licking his lips over the dinner lady). This really did rip the heart out of the ‘lids’ top order, with great support from party man Ricky (3-5 off 6 overs) possibly bowling his best ever spell to really trouble the batsmen- despite a sore set of thighs (they had been creamed by the four models at a playboy party the night before) and Max Fenton also bowling outstandingly despite no wickets left for him to take (0-36 off 8 overs). The shadow (Tel) and the shady (Del) {both shown here in the pub wearing token shadowesk dinner jackets} tidied up the tail with a handful of wickets between them, the warninglid’s ending up 58 short all out for 104.

A fine day out with some great banter and some great cricket too. The rather long but impressive list of contenders for PSM this week included:
– Robbie’s ball to beat the opener, moved a mile in the air and then went away off the pitch. Absolutely unplayable.
– Alex’s sweep swat: creamed it beautifully (like Ricky’s thighs) and it went like a rocket up the hill to the longest boundary.
– Alex’s cut/drive, again sweetly timed.
– Max’s diving save on the boundary.
– Max’s all round diplomacy on the boundary and his steadfast not outs to some well voiced appeals.
– Alan’s clip-art over midwicket.
– Del’s catch at first slip despite two meshing gears falling in front of him from either side to dismiss the Nasty skipper (Nastys) who was really tall and looking nastily dangerous.
– Jerry’s keeping, which was rather entertainingly poor :0)
– Ricky’s response to “did it get an inside or an outside edge?” (which had bowled the guy) of “nar…I think it bowled him”.

In the end, common sense was ignored (I thought Alex’s sweep or Robbie’s un-play-a-ball should have won – and these guys are much better at writing match reports), and I (the team aussie scum) won for a sharpeesh catch at first slip. Hoorah! PS sorry for all the brackets used in this report.