Long ago, at the beginning of time, Gaia (Mother Earth) asked one of her sons, Cronus, to mutilate his father, Uranus (Sky). Cronus cut off Uranus’ testicles and threw them into the sea. They landed here, off the coast of Cyprus.

Out of the foam splashing around them, Aphrodite – whom the Romans were to call Venus – emerged, floating in from the sea.
Talking of a load of old bollocks, the Greys played their heritage fixture against Staplefield last Sunday.
Bowling first on a sweltering hot day, the Mighty Greys opening pair of Hoare and Newland put an early stranglehold on Staplefield, with Robbie – bowling off one leg – at his parsimonious best, going for only five runs off his eight overs. At the other end, QB continued to plot his way towards his 37 wickets for the season, picking up another four to take his season’s total to 29. After ten overs Staplefield were three down for just ten runs. Dom also bowled a tight spell, going wicketless for 25 in his allotted eight.
The run rate crept up when Ben had the balls to bring on the Clunk and the Shadow, both of whom took a wicket each.
At the end of my spell I was knackered. Fuck me it’s hot out here. The ground is shimmering, like the Elysian Fields. How does Zac manage to move so fast? He just glides across the ground like he’s got – he has – he’s got winged feet! Is it really him or is it…
“Hey Zak! Why didn’t you finish your match report?”
Cronus’s are burning with fire. He’s flying towards me, winged heels flapping.
“Your…” he cries
“My what? Is he trying to say Uranus? And you and Matthew have just conspired to drop a catch. Off my bowling”.
“Your nuts!”, he cries as he hurtles red fire towards me. It smashes into my groin area then falls limply to the floor.
But I am strong. I am a Titan. I stand strong and proud. Only Alex can fell me.
“Over and drinks”, the umpire calls
In all of this, Staplefield opener, Rob Prevett, kept a steady head, carrying his bat for 82 as Staplefield saw out their forty overs for 151.
Tea was mainly molten cheese, but no-one cared as they had their ears glued to the radio*.
Hatrick and R/B started the reply, R/B uncharacteristically out early for just one., having also managed to bowl just a single dot ball.
As he has done all season, Hatrick, supported by Matthew, put Staplefield’s bowler’s to the sword, playing shots all around the ground, including a splendid pull to bring up his fifty. By the time he fell LBW on 62, he was just 73 runs behind Zonk for the coveted end of season Batting Trophy.
Afterwards, we all went down the Victory, where the Mighty Greys revealed that they really do think that Schadenfreude is a town in the Schengen area, then back to the Constant where, needless to say, as it was a Bank Holiday weekend, they’d run out of Harvey’s Best. The Mighty Greys decided to stay until the early hours to try and empty the rest of the barrels anyway.
Don’t Fuck With the Mighty Gonads.
*This is a metaphor 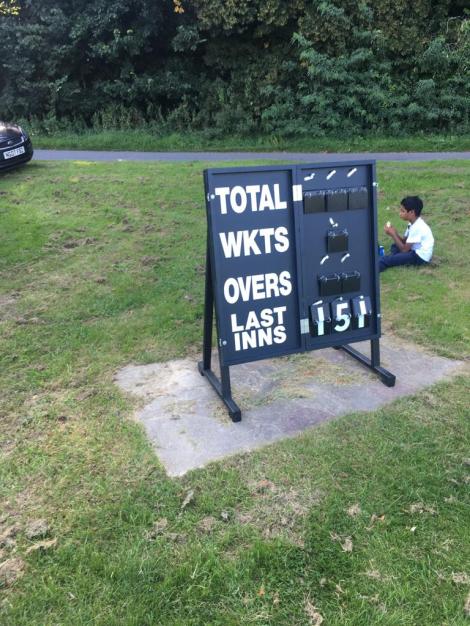 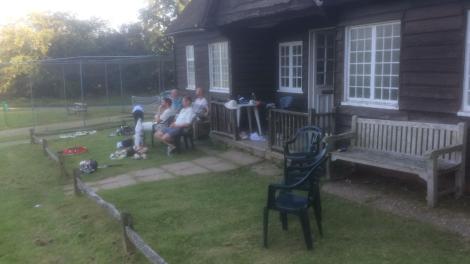