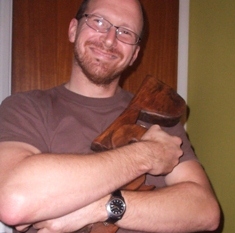 Where is Crawley Down? A suburb of East Grinstead if Io Sewell is to be believed, cos it’s got an RH postcode?

The Mighty Greys were in unchartered waters again with another new fixture, and as the Greys cavalcade pulled into the ground it looked like it would be a lively challenge against a young team on a pretty rough looking wicket.

Biffolini the Greys supremo and chief toss winner, won the toss, and the new ball was ours, time for Dave and Rob to clock on, ahh the joys of a new ball. With the Greys openers at their parsimonious best it took 10 overs before Crawley Down made it into double figures with one of their openers back in the pavilion caught athletically behind by Jerry off Rob. Io came on for Dave and removed the other opener with his first ball, LBW. The home team were on the ropes 2 down for less than 20, Rob was bowling tight and had the number 3 playing and missing, before being replaced by “Quiet” Ben Newland. The Crawley Down number 4, was a Mr Hepple, and he looked to be hell bent on redressing the balance of the game, hitting a series of huge 6’s. At the other end the wickets were falling at a decent rate, but Hepple was scoring at a great lick and went on to score a century, with a mixture of bludgeoned sixes and crafted shots. Somewhere in amongst this Rob took a regulation catch at slip to remove the number 6, this was followed a couple of overs later by an altogether non-regulation catch leaping salmon like Rob snagged the ball as it soared boundary-wards, the hapless batter looked back expecting to see it rolling over the rope, only to see Rob clutching the ball to his heaving bosom.

Hepple was finally out stumped after a stand-off with Jerry “iron gloves” Brasher, he had scored 103, and not scored any singles, quite an achievement.

Dave came back into the attack to mop up the tail getting the last 2 wickets and Crawley Down were all out for 201.

So to the task of getting the runs, Jerry and Biff led off, but the skip was soon back after getting a ball that leapt off a length, but that’s was ok because Del is at number 3 and he scores tons for fun, his first shot was a text book cover drive, unfortunately down the wrong line and he was out bowled for a golden duck. Next up Alex “the roids” Fenton, birthday boy, and he and Jerry put together a great partnership of 72 to settle the innings and get the run rate back on track. Jerry went on to get 51, and was replaced by Dave who was in destructive form smashing a brutal 61, favourite shot the crashing cover drive that rocketed to the boundary hitting and smashing a plastic chair. Ben played a great supporting role the two of them putting on 93. The Greys needed less than a run a ball with 3 overs to go, however, Crawley Down had saved their best bowlers for the end and Dave fell with the score at 192, Io didn’t last long out for a duck, and Ben followed soon after, so the final over arrived with Rob at the strikers end and Ricky down t’other, 8 runs needed, and the last 6 balls to be bowled by the Crawley Down centurion Hepple, epic!

First ball shot down Rob’s leg side beating the keeper and going for 4 byes; 4 required from 5 balls; next ball Rob drove back past the bowler for 2; 2 required from 4; next ball, dot; 2 required from 3; next ball scuffed off drive for 1; scores tied 1 required from 2 balls, Ricky facing; short ball outside off chopped down into the ground, “YESSSS” Rob at full tilt, and Ricky now with fully functioning thighs was never in trouble, victory was ours.

A great game played in a great spirit, and with one game left, the Greys leading wicket takers competition is between Rob and Dave, Rob leading by 1; in the runs Jerry looks unassailable 130 ahead of Biff, with Del not playing next week; but the closest race is in the catches with “Noisy” Ben on 9 and Dave, Rob and Jerry all on 8. Bring it on!!!

Oh, and the PSM was Rob’s for the acrobatic slip catch.