3.23 runs per over. Good cricket wicket, lovely sunshine. No problems.

We arrived in the boozer – almost all us uncharacteristically early, to bask in the sun trapped garden, to eke out an extra beer before heading off, and of course to get out of the house where the in-laws were situated on this blazing sunny day. With so much time to kill before the 2pm start we actually headed off early, “if they’re all ready to go when we get there, we might even start at 1.30” someone suggested.

Sure enough, we arrived at the East Brighton ground at 1:25pm to a wonderful amphitheatre of lush (and very long) green grass, brilliant white daisies and an opposition there in full.

Cutter’s choice: “um, er, we don’t have any stumps, but they’re on their way from Hove, unless you want to go home to get yours?”

Us: “why don’t you send the guy on this lovely motorbike to go and get them, he’ll race through the traffic!”

We’re not quite sure what happened then, but after 2 hours of throwing and dropping practice in the East Brighton meadow, the Cutter’s Choice won the toss and decided to bat first in a 35 over match.

As has come to be expected, the overlord (Dave Day: 2 for 8 off 7) and the undertaker (Robbie Hoare: 1 for 13 off 7) swung and seamed the ball beautifully on a flat but bitey wicket, beating the bat and inducing more oohs and aahs than a Polish Eurovision song contest entry. This was not going to be easy to bat on, especially with the meadow-like outfield and new rocket-like arms holstered by Alex and the skip. To make life easier though, TMGs proceeded to drop catches as though we’d practiced this before the match. There were 10 in all with Al, Del, Tel, Ric, Biffo etc all putting down the Cutter’s choice top order. The only consolation here was Dave putting down Paul off Robbie’s bowling to prevent him getting ahead in the wicket tally for the year. Alan and Dave (Waddell) did however manage to take a couple of sharp changes to at least show that it could be done.

New man Rick (the Trick) Flynn (1 for 26 off 7) and Alan, Alan, Alan, Alan Gallagher (1 for 35 off 6) took a little while to get the radar settled. Both bowled some peaches and in full flight they held down both ends nicely, keeping the Choices middle order pegged back with only the occasional flourish from the wristy (or elbowy?) Manik (32) and longstanding Paul (32) establishing decent scores. Some further tidy spells from Alex (roids) Fenton (2 for 17 off 4) and Delbert (the scum) Covill (2 for 78 off 4) kept the final total down to 113 all out.

Tea was dreamy, with Jerry’s homemade cheese and onion pasties the goto snack, followed up with salmon sangers, egg baps, some fresh fruit and lil tarts to boot (no Ricky wasn’t there – more about that later).

TMGs made a solid start in the run chase…everybody loves a run cha-a-ase! Being a rather nerdy, techy, graphical kind of person, I thought I’d analyse our run cha-a-ase in a bit of detail. Here’s what happened.

Chasing 113 from 35 overs meant TMGs needed 3.23 runs per over to win, that would give us 113.05, just enough to flop over the line. Even as we steadily moved the total on in the early overs, reaching 23 in only 8 overs for the loss of no wickets (at a run rate of 2.88, just below the required rate) there were murmurs in the background of a collapse. On we pushed until the 11th over when Jerry was caught for 15 off 31 off the bowling of our favourite Sussex baker (or Jewish film director?) Gregg who bowled flowing, probing, bastard deliveries all day.

After Jerry fell (1st wicket on graph shown below), the skip and the scum pushed and prodded and probed their way steadily up to 67, defiant against the distinct possibility of a collapse, when the skip tried to force Bruce’s first ball (which swung in with great drama) to the off side and was clean bowled for 22 from 54 in the 23rd over (2nd wicket on graph). Enter the shadow, who was tied down early with some excellent line and length bowling from Gregg and Ryan and Manik (whose action raised an eyebrow or 21, but not an umpire’s right arm). The scum and the shadow creaked and crawled along, both struggling to penetrate the field (while Ricky was away somewhere penetrating in a field), until the shadow hauled out with a grunt to mid-on for 5 off 26 with the score on 89 in the 31st over (3rd wicket on graph). There were still 25 needed, with only 32 balls remaining, leaving a rather alarming 4.7 runs per over to get. Enter the man of the hour Rob (Deering), who came in and swashbuckled a wonderful 11 off 8 (including a wonderful pull shot off the now injured Bruce) before being caught behind off Greg (4th wicket on graph), but only after breathing life back into the innings (clearly visible in the graphs below) to bring our cumulative score (106) almost back up to the required par. This triggered the trade-mark collapse, with the unfortunate Dave (Waddell) out first ball trying (rightly) to hit out (5th wicket on graph), and Dave Day bowled second ball of the final over trying to hit out valiantly for nought (6th wicket on graph). That brought Alex on strike with Del on 50, and still 3 needed off the last 2 balls. It was tense, very tense, but Alex spanked it over long on, they ran the first easily and raced back for the second, and the third was never on but it was worth gunning for it to go for the win, just in case they fumbled and if not then that would leave the lil aussie scumbag on strike for the last ball to either make it or break it for the team with the scores level. Unfortunately for the selfless Al, they didn’t fumble and they coldly ran him out (7th wicket on graph). The scores were level on 113 with one ball left….

…..and with Alan backing up by running flat out alongside the bowler at the non-striker’s end, the field up, and the tensions high, Delbert charged and punished an uppish cut shot over the field to the point boundary letting out a scream of delight as he went, winning PSM for his troubles.

The drive back to the pub in the pouring sunshine was a treat, TMGs had finally done it: a controlled collapse to fall over the line in emphatic style. The Cutter’s Choice came back to the pub too (and so did the Cutter himself, and Quiet Ben!), and we all enjoyed a few pints of that lovely foaming Sussex ale.

Some explanation: the top graph shows our cumulative total (in blue) when compared with the theoretical target (in red), while the bottom graph shows our progressive run rate (in blue) compared to the theoretical run rate (in red). Also shown on this graph is the lovely green dotted line, which shows in all its glory the trendline of our innings run rate, growing steadily to just pip the required run rate in the last over….beautiful! What’s fascinating about this is that we were almost never above the line, we were only once ahead of the rate (after the 18th over when we just poked our noses over the line with a rate of 3.33). The rest of the time we were playing catchup until the final over when one last surge vomited us over the line. It would have been interesting to compare our innings to that of the Choice’s, but we don’t have that data to hand. Note: I realise that the coeffcient of determination for the run rate is poor (at 0.3), and that technically it is not correct to use a trendline like this, but it does look great, so I’m keeping it in! 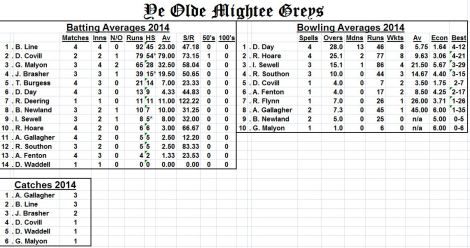 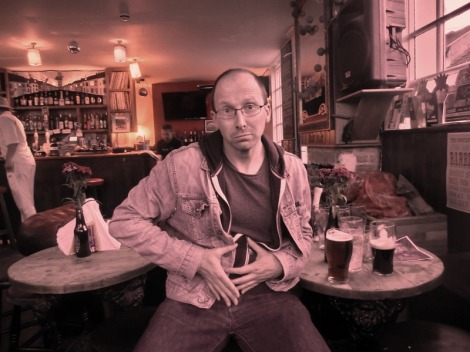