The Mighty Greys, a team of ageing non-athletes, who for years have habitually beaten teams of sullen, muscle-bound farmerboys and disrespectful, over-confident oiks, with their own inimitable brand of cricket. Experience, know-how and bowling of accuracy and guile, combined with circumspect, un-showy batting and mediocre fielding has made the Mighty Greys a match for the best. They have a formidable reputation in the un-regulated and unruly world of Sunday cricket. Many have tried and failed to emulate their longevity, consistency and sense of nationhood. Here we are though, four defeats in a row: the latest a thoroughly belittling affair. Make no mistake: your mighty team-mates were brushed aside as a horse’s tail would a fly, as Ricky would an ex-lover, or as Biff would a helpful field placement suggestion.

How are the Mighty Greys fallen?

The opposition was The Long Men, a Sunday offshoot of SACC , and it must be said they made every effort to get a game on in the wake of Big Bertha, when most would have baulked in the face of impending, pixellated, watery Armageddon.

Twenty Twenty! Not the Greys strong suit, but Jerry and Biff were noticeably quick off the mark with attacking shots and hasty singles. Somebody out in the middle at this point, such as your correspondent, would have detected something extremely sharp and aggressive about the deportment of the field and the return of the ball, which slapped into keeper and bowlers hand.   The writing was on the wall.

Barbarians at the Gates

Jerry, however, got himself out missing a ball that hit his leg stump. Shortly after that though, a stunning catch, screaming over Cover’s head, was nonchalantly brought down, one handed, and Biff could only shake his head as he left the field.  It was a County level if not International catch!

At this point The Long Men turned to their youngsters, who with flight, spin and swing have a promising future, but offered enough leeway for Dave Day and Rick Flynn to score rapidly at times and yet had them struggling to keep out some superb deliveries. Dave hit four sixes and Rick two as the Greys cracked on to 88-3. Rick was run out, brilliantly it seemed from the boundary, at the bowlers’ end. Dave carried on scoring heavily on his way to 70. It’s amazing what a few minutes sleep can do. Alex Fenton and Terry Burgess were out in quick succession trying to push on, while Richie Partridge hung around for his four. The bowling had tightened up considerably as now the older hands were being given an over or two.

Day was perhaps slow to respond to Ian Sewell’s call and was run out, but had propelled his side from 17 to 124. Sewell and Rocky Hoare finished the knock at a run a ball, both not out. Had The Long Men been too generous with the bowling? Could we defend 133?

No. Their openers took about 4 balls before ruthlessly smashing anything other than a very good length ball. Rocky Hoare gave brief hope, last ball of his first over, getting one opener caught – too slow on the pull, by Sewell who made good ground. Gallagher and Sewell fared the worst. Ricky Southon and Richie Partridge did better getting two and one wickets lack of respectively, but although the rate slowed from an initial 10 an over, the main issue for the home team was who could do the most extravagant reverse sweep. The Long Men cantered home with six wickets intact.

Barbarians at the Gates

When examining the stagnation, and ultimate collapse of once imperious institutions; Ancient Rome, the Austro-Hungarian Empire, C&A, scholars have repeatedly observed the same characteristics; the failure to adapt to a changing world, the growth of an entrenched oligarchy, an inadequate meritocracy, and an inability to absorb dynamic new forces in society. In the iron fisted rule of Crown Prince Biff and his cronies, the suppression of Viscount Southon’s legitimate ambitions in Battingshire and the high-handed rejection of the advances of Prince Rupert of Wallachia, these tell-tale signs of complacency are evident.

Above all empires are underpinned by a robust system of taxation and re-distribution of wealth. Chancellor von Sewell’s unrivalled grasp of revenue collection and offshore accounting had seen the Grey’s rise from ‘a cap in hand’ outfit under Cardinal Dilley to a sleek, financial powerhouse.

Afforded credit at advantageous rates by the Plumpton dynasty and given a veneer of legitimacy by banking transnational Nationwide, the coffers were over-flowing. Under Sewell, Teas were no longer means tested, Fuel Allowances and Educational Rebates were introduced, as were all the benefits of a modern progressive society including the radical self-assessed Poverty Rebate. The Arts flourished; trophies were commissioned and engraved at prohibitive cost, while the IT sector received massive investment becoming a world leading hub of online buffoonery. Even such high ostentation as multi-gripped bat handles were sanctioned and funded.

From the Cradle to the Rave

On a darker note, subsidised “music” weekends at Fenton’s Dacha for senior apparatchiks became legendary for the depraved appetites of those attending. As a culture of self satisfied excess enveloped the Greys’ ruling class, so the taxation system slipped into a casual negligence of common financial propriety. Over-stretched creditors kept the Treasury working later and later into the night, awaiting “cashback”, nearly 11 o’clock in the case of one bar-shy Earl Roberto. Into murky waters   accident waiting to happen, blah, blah, ……………

Anyway, I have lost the clubs money, £200+, please consider this as an offer of my resignation. 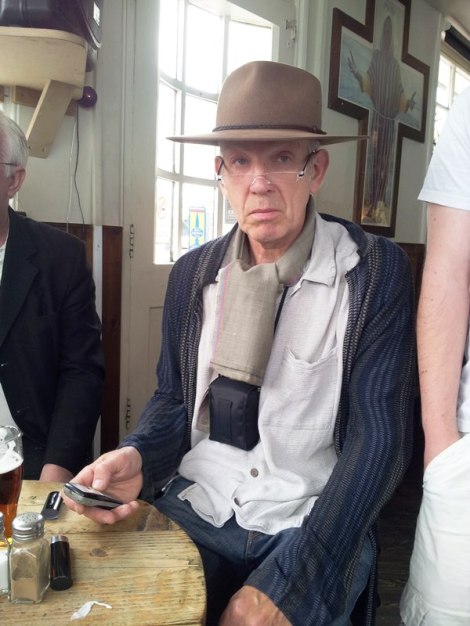 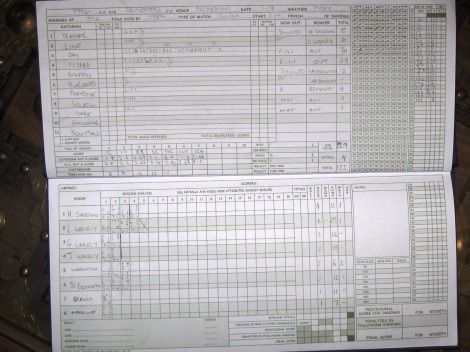