The Horley Papers is a special investigation by the Greys and 95 media partners worldwide into a leak of 13.4m files from two offshore service providers and 19 tax havens’ company registries. This report has been embargoed until after 07 November 2017 so as to avoid putting sources at risk.

The Horley Papers breaks open the murky world of tax avoidance and illicit financial flows corrupting the world of Sussex village cricket. This extensive investigation carried out by the International Consortium of Investigatory Cricket Journalism (ICICJ) shines a light on the seedier side of playing cricket in October.

Due to legal reasons detail of the Horley innings has been redacted. A statement released by non-DOM‘s representative states, “my bowling performance didn’t deserve that level of punishment”. However, what can be revealed is a bowling indiscretion by “the shadow” (name changed for protection) allowed this correspondent to catch the Horley team with their pants down, ultimately leading to this investigation.”

The Horley Papers reveal how Jerry Brasher looked to exploit the loopholes in some weak early bowling but found himself run out of town as Biff Line looked to build a sizeable fortune in offshore accounts.

Ashton came in briefly but lacked the necessary liquidity to secure access to the Surrey tax haven and was quickly shuttled back to the pavilion in Lewis Hamilton’s private jet. Redfern started well but it was clear he was distracted by HMRC’s investigation and quickly disappeared into his Ferrari to shift funds through various offshore accounts.

Undercover reporter, Edwards ducked out of the sorry business so not to be compromised by being embroiled in such moral turpitude. Newcomer, Thomas Ireland, carefully avoided accruing any ill-gotten gains but showed great poise and restraint in the face of Biff Line’s plundering of resources.

Property playboy, Alex Fenton, was quickly run out of the action for 6, before Terry Burgess, Chair of the Patcham Stock Exchange, exploited weak regulation and a lack of transparency to score 15. Meanwhile Dodgy Dykes came in looking to make a rapid return on his investment but, like Brasher and Fenton, was run out of town – returning from the middle with 19M in used notes in a plain brown envelope.

As the ICICJ’s Horley Papers investigation case grew stronger and the net grew tighter – Newland and Gallagher looked to consolidate their investments with Allan escaping prosecution and fleeing the ground 12 not out. At this present time Gallagher has not been traced but is thought to have flown to South America to avoid sanction.

This exposé has revealed a corruption at the heart of boozy pub Sunday pub cricketing – this correspondent implores the Mighty Greys to reflect on this sorry saga, and for tough action and tight regulation to be introduced at their Annual General Meeting. 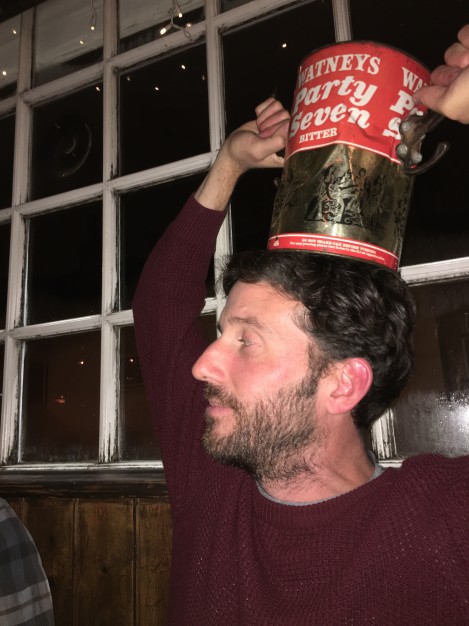