All make a circle with your hand and place it around one eye, closing the other.

The defenders of the diamond set out the rules very early. Their first tactic was to contain the diamond hunters in their own “bubble”; a set aside area that they were not to leave. Their second tactic was to limit the amount of agents using the facilities provided to one at a time, thus suffocating any private plan making. The third, and most effective, tactic was a curveball that none of the hunters could have predicted. As normal they drew QB out to the middle of the field, alone and unsupported to decide how this battle was to be fought. At this point the leader of the Lindfield organisation stated that there was to be no coin tossed however they require us to bat first. The hunters put at bay searching for the diamond for a possible 42 overs. 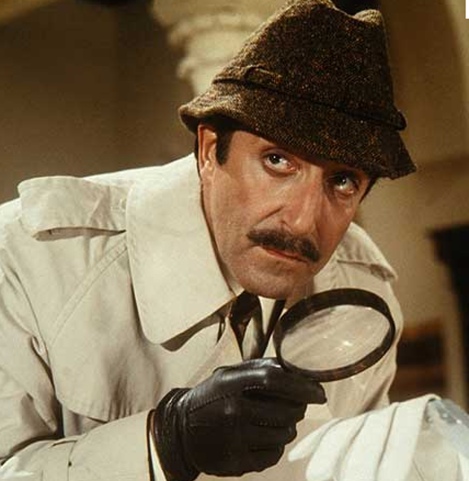 You can stop putting your hand round your eye now.

Agents Wig and Biff were sent out into the field to start the heist. The young left armer of Lindfield sets out his run up. He comes into Wig, FOUR! The Greys set out their intentions from ball one. For those who keenly follow the Greys operations, you will recall that Wig achieved this in the previous task too. Wig and Biff seemed at ease with everything the defence team threw at them early doors, some wonderful shots made including a glorious sweep from Biff and a pull shot off a bouncer from Wig, a 50 partnership recorded. Wig also picks up the collectors item of a 5 run shot, as the defence squad overthrow the ball to the boundary. BUZZERS!

MAN DOWN! Wig finds himself caught in the crossfire of a quick single and pulls up holding his quad. He thinks about it and then decides he’s not going to be able to carry on with this phase of the mission. Biff calls to Robor for backup, the bat wielding agent with his sharp shooting eye firmly in form.

Soon after this Biff receives a launched air strike that caused him to leave the safe base of his crease and the leader of the defence taking his bails to claim another battle victory.

Shadow, one of the most experienced agents in the field today finds himself moved up the order after gaining fitness over the last few missions. Between him and Robor they protect the wicket, manoeuvre the ball around and crack anything loose to the boundary.

Field agent Wig decided this was the point to try some mind games, turning to the keeper of the scores and enquiring “which organisation does your young opening bowler work for?”. The scorer gazed up from his book with a dismissive look “you’re not going to break us that easily”, then looked back down and printed a dot.

A clip through midwicket for six from Robor. Shadow bludgeons a couple down the hill for four. Alas the defence team needed to strike back and they did when the slow left armer had the Shadow place the ball back into his hands, caught and bowled. Zonk enters the arena, another agent that has deservedly been moved up the order after successes on recent missions.

As his form through the season continues, Robor nears another milestone. He hits a cracking four through the covers and his fellow agents all applaud his fifty runs, but Robor looks back in sheer confusion. He knows he only had 44 runs, and it was in fact Zonk who had hit this shot. It’s good to know all agents were firmly concentrating on the task ahead.

He sits patiently on 44, waiting for his moment. He attacks! A big launch back down the ground. The ball hanging in the air. The entire mission in the balance as all agents notice a bystander’s child running in perfect calculation with the trajectory of the shot. The world stands still. The ball falls a couple of metres behind the child. Phew. A situation that could’ve brought jeopardy to the mission and potentially ended the heist.

Now the Greys decide to show their Might and hammer the advantage. Zonk and Robor making shots around the ground, a fine leaning back six over cover.

Before we know it Robor has brought up another hundred! This really is some season he’s having. He turns to the bubble, agents padded up and raring to have a go and says in the most delightful show of Greysmanship “Dunc do you want to come and bat?”. He retires from the field in honour allowing other agents to get some much-needed time in the middle.

Clunk joins Zonk to let off some fireworks. Zonk showing his appreciation of battling with his fellow agent by imitating a Clunk right in front of the man himself. Clunk responded with a crashing legside drive. Then after pushing a single a wayward throw came in, and Clunk called it! Stealing another run, a sneaky tactic.

QB, after much discussion between other agents, then stands up and shouts “Last Over”. Licence to Kill. Zonk hits a couple of boundaries, but can’t quite reach the magic 50 milestone. This phase of the mission completed.

It was time for the bowling attack to warm up and decide the plan for how the three diamonds will be captured. This was what everyone had come for (as well as beer, fun, some cricketing participation and a day out the house). It was Postie Dan to take the first ball, looking for the prize. The hattrick of diamond ducks. The Greys decide to attack with all agents and bring the field in close to create some tension. The run up begins. A loose ball at full length within reach of the opening bat. He connects with it and hits it firmly into the palms of Zonk at cover.

The diamonds were stolen! The hattrick complete! The defence organisations rules disobeyed through ecstatic celebration (PSM).

But the mission hasn’t been completed yet. This is but the start of the end. The three diamonds must now be safely brought back to the bubble, by removing the defence team to follow.

The strong attack continued only a few balls later. Hat-Rick moved in to slip from the start and nearly clung on to a fizzing chance through slip that ran away to the boundary. But the very next ball the number three also hit the ball to Zonk at cover.

Leader QB started from the other end and in an incredible continuation of events Lindfield’s other opener hit the ball into Zonk’s hands at cover. This one a sharp shot, well taken.

4-3. The heist in full operation. The young number four entered the field and saw off the rest of the over. A wicket maiden straight up from QB. Tight early bowling continued in the opening overs with QB delivering a sensational slower ball, baffling the oppositions number five.

At this point the two players out of the youth programme at Lindfield steadied the ship, with some composed and controlled defiance of the heist. In particular the attitude, determination and chat shown by the number four was a joy to behold for many an experienced agent surrounding him. But there had to be a way to break through.

Enter Le Clunk. A first over finding his target, but from that point on caused the batsman to question some of their mindset. Do they stand firm, or do they go on the attack? Eventually they stood firm.

The Greys organisation now turned to Agent Eeyo. In recent weeks he had been sent out on separate missions within the organisation. Upon turning up to the last mission in order to pick up supplies, he’d quickly disappeared back into the underground, updating only through Whatsapp. It is believed he had been fighting on the Welsh beaches.

It certainly wasn’t long for Eeyo to claim another victim. Next ball. A smart delivery that knicked off to Amstel. A bit of waiting around from the batsman to see whether he had succumbed to this attack and the finger went up.

Once again Lindfield showed that youth programme was recruiting smart members for the future as another stubborn partnership grew.

Biff was called upon to provide something different. Continuing his ever-controversial hat wearing routine, some difficult lines were bowled. One bouncing right over the stumps. The leader of Lindfield remarked “it might have hit the stumps if you weren’t wearing your hat!”. Will people ever learn?

Zonk had caused some trouble with spin for his few overs but was having no luck making a breakthrough. The decision to move to seam up was a good one as the first ball caused the determined number four to have his mindset rattled and he edged through to Amstel. A good take.

The Greys were sniffing the completion of the heist and went for the kill. Zonk had two fantastic bowled efforts, really tucking up the defence team into all sorts of S shapes.

Diamond was brought back to attack alongside Zonk. After wearing them down for a couple overs (and not being able to bowl a full and straight one), the moment came. An away swing delivery hit the stumps and to every Greys agent in the field relief was found.

A great squad effort. The three diamonds secured, nobody does it better. 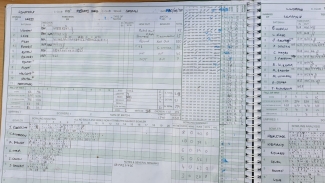