TMG’s,after a chastising defeat at Burpham the previous week , went off to Firle hoping to nip the losing experience in the bud and without Aussie maestro/scum who was holidaying in the mythical country of Fraaaaaaaaaance.

After a quick beer in the garden of The Ram -£2.75 a pint ;noted by Jerry-the toss was lost (hurrah !?) and TMG’s took to the field in a 35 over game. Tight bowling by the openers Dave (1-18) and Rob (2-25) kept Firle in check with David  taking a good catch in the gully before a bowled each left Firle struggling at 3 down for not too many. The middle order steadied the ship but runs were hard to come by (except when Ian was bowling; 0 for 28 off 4 )and with Ib taking 2 wickets,one beautifully caught by Alan at shortish cover the going was always tough for the batting team .

With Ian replaced by Rich “bodyline” Partridge (4-18) and this seasons bowling sensation Biff (1-3) taking over from Ib (2-30)  Firle limped to 129 all out with Rich -sometimes – bowling his wicket to wicket nonsense  and Biff getting Marriott Snr  caught behind off a “thin” (Thin as in Tim Greaves ) edge .It was like watching Marshall and Knott commented a confused onlooker or someone .

After a splendid tea of much meat ,salad ,fruit and cake TMG,s set off in pursuit of a very gettable total . The opening bowlers were that wonderful thing you sometimes get in village cricket a father and son team . Unfortunately one was a petulant , mouthy,sulky, teenage type and the other was his son. Some tight bowling kept TMG’s pegged back until junior got Biff with a shooter followed next ball with Alex hit on the back pad and LBW . This left TMG’s on 4-2 off 5 overs .

Jerry relieved some pressure with a 4 followed by a  flick over sqaure leg for 6 and with Terry (who else) rebuilt the innings  with a stand of 51 . Terry was then run out for 12 with the umpire Richard unsure if Terry was out ( “I was looking but not concentrating ” concentrating too much on where the next rock was coming from ,some said)  despite him being about 4 yards short of his ground .Alan continued where Tel had left off (except he ran a bit quicker) with a stand of 49 before being bowled for 11. David and Jerry looked to have seen the Greys home before Jerry got overexcited and was bowled for 59. This allowed Dave time for one trademark 4 through off side to finish the game with TMG’s winning by 5 wickets with 4 overs to spare.
Both teams retired to The Ram where Jerry bought a jug (£2.75 you know it’s not to be sniffed at ) and the thought of beer being sold that cheap had Rob turning in someone else’s grave. 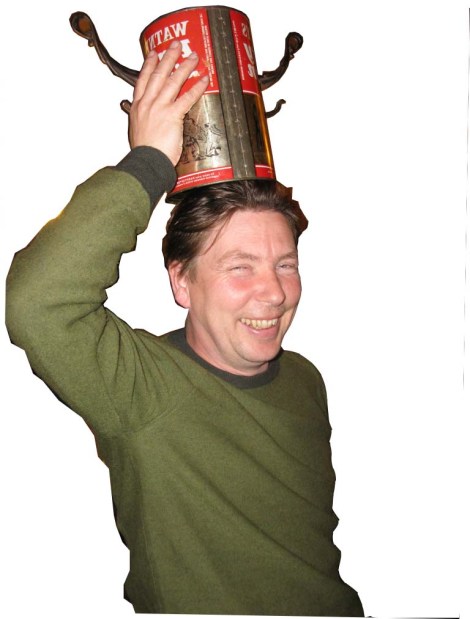