The Hammerwood spring is quelled.

With Biff on holiday, I had the pleasure (?) of captaining TMG. It was a less than auspicious start arriving at the ground 10 minutes late.  Toss duly won, I inserted our hosts and with Allan and Rob opening felt confident even with a ten-man team.

In the first fifteen minutes, Hammerwood couldn’t get the ball off the square as both openers bowled with great intelligence.  Unfortunately, the scorecard didn’t reflect their bowling with only the wicket of Belissio to show for their efforts.   The pressure was soon relieved in the shape of the Shadow whose first over we’d all rather forget.  He came back though with three overs more in keeping with the Terry that we have come to know and disrespect.  Ben, at the other end, kept chipping away with swing and good areas, and deserved the 4-32.

Many years ago, while working on a stall outside Snooper’s Paradise, I was propositioned by a slim young man by the name of Tim Greaves.  Several months later, I played my first game for the Greys. So it was a delight to have him back in the team after a two-year hiatus, several stone heavier and a lot less nifty in the field.  Had Hammerwood been belting meat pies in his direction, I’m sure he would have caught them.

One of the least enjoyable tasks of being skipper is trying to pull together a team for Sunday. Luckily for me, Alex was on hand to not only provide us with Shaun, who played in a Real Madrid shirt (it must be a first), but also cajoled Ben – his brother – to help us out.   So it was a pleasure to see them both bowling off-spin in tandem for what I believe is the first time.

One of the pleasures of being skipper, however, is to bring yourself on at the death and claim a couple of cheap wickets. Are  you reading this Biff? To be fair, one of them did include Whitlock who by then had scored a ton.

Tea was up to the usual Hammerwood standard with the bread pudding being a well-received addition.

With Biff in Greece and Guy unable to play, I had the pleasure of opening with Jerry. It was a relief to be greeted by two off-spinners. We kept the scoreboard ticking until Jerry fell with the total on 43. Tim joined me in the middle and it was wonderful to see his first scoring shot in two years flying over the boundary for six.  Tim’s unusual refusal of a single led directly to the PSM award coming my way following my colourful reply (it’s not the first time I’ve said that to him).

We were well in the game until the introduction of Banham whose 4-4 ripped out the middle order. A spirited 24 from Alex and 42 from yours truly wasn’t enough and we were soon all out thirty-odd runs short of the target.

At least we were back at HQ for 8 o’clock. 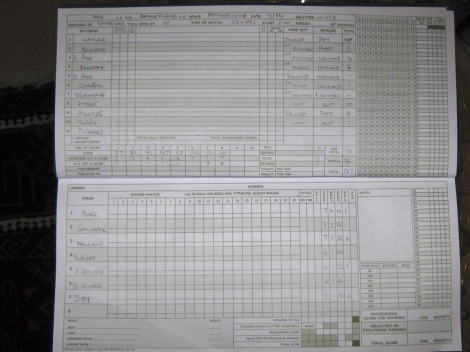 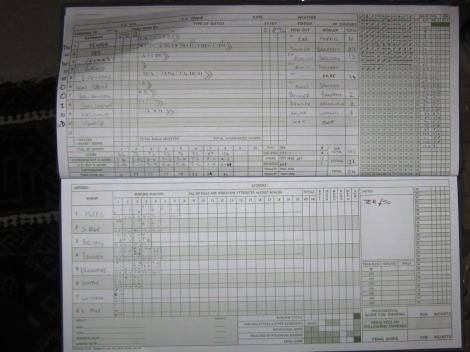 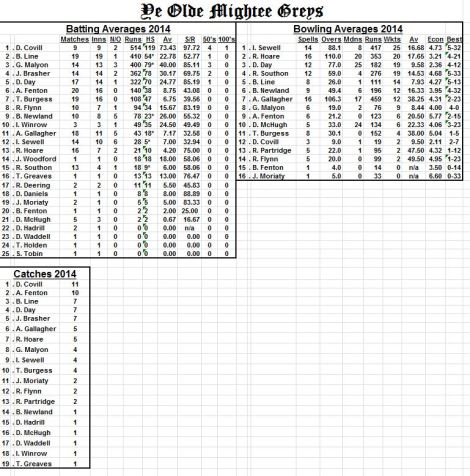 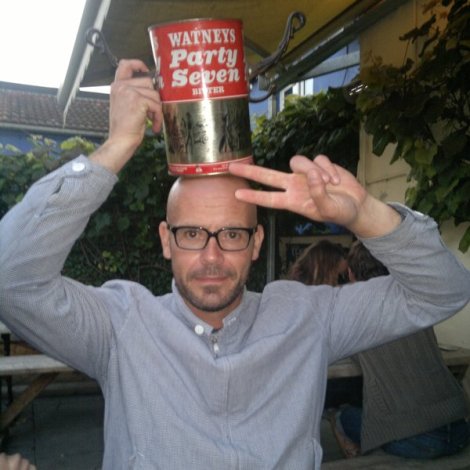