As Biffo and the other skip amble to the square

I’m pretty sure we all know what’ll happen there

Biff’ll stride out to the square in his pads

Seems predictions were correct we were going into bat

Playing in our trainers on a long green mat

An artificial pitch in a gale force nine

Jerry hit a cracking shot straight up through the line

Chiefy was the ump, his reactions pretty slow

But Chiefy wasn’t dead, so everything was fine

Until Jerry didn’t step to the ball in time

Befuddled by the finger, a little unkind

Jerry did his usual move caught behind

Then, came yours truly to the wicket number three

Walking to the middle did a little nervous wee

All those fucking yorkers, I was worried for my feet

But we started getting runs, the skipper and me

Until your lowly rapper caused a big calamity

I played a nice cover drive straight to their man

The call so indecisive made a grown man weep

Up went the finger run out for only four

BIFF RAGE triggered as they showed the skip the door

He’s a batting legend who can surely get them scared!

He look so deflated, I hope that he can score!

Dom’s got out for a golden duck

We’re halfway though and we’ve only got 53

As Terry strolls in to take his turn with the bat

So, Terry’s score was ticking over, I was taking up my guard

When another fucking yorker hit my big toe pretty hard

It hurt like a bastard, wasn’t sure what I could do

I felt my toe was swelling, trying to bust right through my shoe

So I had to soldier on, though it was throbbing to my core

The partnership was building it was going pretty well

When right out of nowhere came a slightly dodgy spell

Tel got a leading edge, tonked it way up in the sky

The catch was really easy, then came Tel’s battle cry

So off marched Terry with his bat under his arm,

But when the geezer dropped it, I had to sound out the alarm

And Terry only clocked it about halfway to the shed

I’ve never seen him run so fast, into the crease he sped

What a classic moment in the history of sport

Then came the moment now I thought, “Now, this is it!”

I swung my little Newbery for a fucking massive six

While I was still admiring my giant hefty clout

A senseless swish outside the line, the wicky caught me out

Duncan can save us from embarrassing frowns

Oh no, he’s tried smack it right over the downs!

And just as the melody shift up a key

He’s the third Greysman with nothing on the board

He can swing a bat like a muscly Scottish clan

Hang on, oh no! Is this a different bloke?

Why’s he chosen this game to do defensive strokes

The Chief got up to ten, but then the man was caught

Who would join the Shadow slowly racking up his score

We needed something special to turn this game around

Surely that man Gallagher can smack it out the ground

It seems that I was right that Alan had some tricks,

Al and Tel were hitting runs all about the ground

When Alan hit one in the air, the Twineham catch was sound

And so, Al’s in the pavilion with one run over ten,

The Mighty Greys have left it up to VC Quiet Ben

Look so good together! Is there still a hope we won’t get panned?

Tel did a cracking job splitting up the field

Good Ben smacked a few, there’s no way he would yield

But just as him and Tel started punching for the rope

The innings at a close, there’s no more we could do

With the wind it’s Gallagher

He is gonna mangle ya

With every ball he’s strangle ya

I don’t think that they’ll handle ya

They wish they were in Malaga

but they’re not, they’re here in Twineham, just off the A23, near Sayers Common

In walked their openers, and neither wore a lid

This pair of greying Twineham men, on plastic turf they trod

One seemed pretty normal but the other looked like God

The deity moved out the way, the ball just scraped his beard

Though Alan tried his slower ball, the runs they did begin

And then Al he started bowling at their ageing lidless heads

He was struggling with his run up, in the well cut Twineham field

And even though he bowled quite well, this pair refused to yield

With Quiet Ben in sunglasses, a mighty steaming train

Benny bowled so soundly as he always seems to do

His mighty big banananas seemed to shake the Twineham crew

Try as Ben did they scuppered every single throw

That bloke and the Almighty one they just refused to go

But then Alan bowling bodyline, it seemed a flawed tactic

But then the ball came off God’s edge “Oh fucking hell Hat Rick!”

But me I was just hypnotised looking at a hedge

Short and full, Fast and slow, nothing would take traction

The Mighty Greys were yawning for a massive lack of action

Looking pretty confident with out his beard and gurn

Chiefy rolled his finger and he caused a bad mistake

Luckily for all of us Ben changed the fielding plan

And off the bat the cricket ball just landed in my hand!

So, one wicket down and now the Chieftain took his aim

Now I don’t mean to trouble you

But that was LBW

Oh Chief we want to cuddle you

That’s two scalps down – good to have you back mate!

But Dave he wasn’t finished there, he had point he had to prove,

His athletic frame rolled another beauty in,

He threw one up and down it came, a wicket he did win

Chiefy had three and we had a chance again

So, Dom was back full confidence to bowl his mighty seam

The batsman looked quite petrified and cried an inward scream

Dom slowly got his line and length a newer faster strain

He smacked a Twiner in the ribs, who moaned aloud in pain

Dom, he followed onward and threw down a mighty blow,

Corridor, uncertainty, the stump shot out the hole

His bowling got quite accurate he was getting in his groove

His buns were looking tight – the tightest buns I’ve seen

He bowled another Twiner as it flew straight past his knee

But the last 2 dudes who swung at it, they thwarted our attack

As Dom came striding in to deliver what one last try 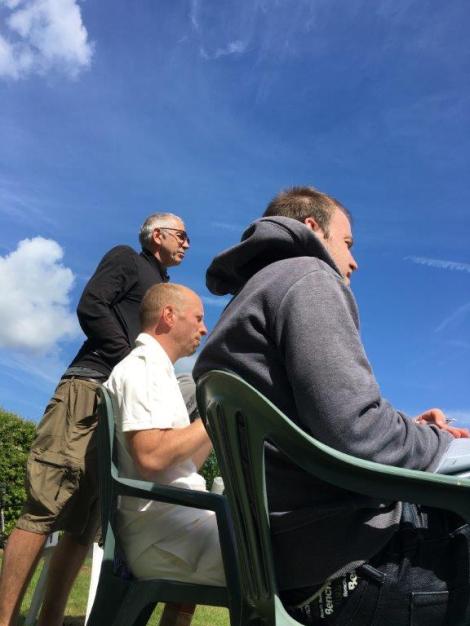 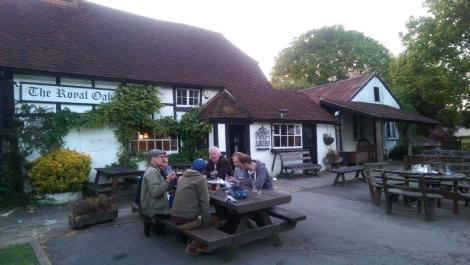 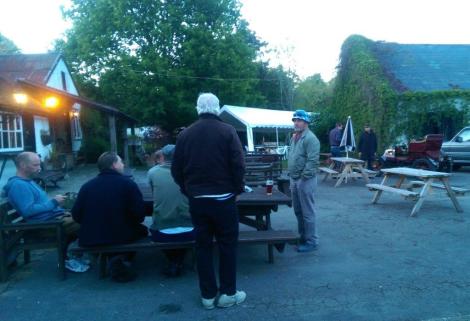