The Game that Chiefy Forgot.

They say that some things are worth the wait, well that’s bullshit but anyway here in my own handwriting are the events of a fateful day versus Sidbury CC on the first day of tour 2017.

The Saturday morning had started much the same as any other on tour, the smell of Inidan Summer farts filled the air like an episode of The Great Marigold Hotel, but based in Devon.

Alex was up preparing the traditional breakfast of champions as one by one the Greysman took their seats at the table. 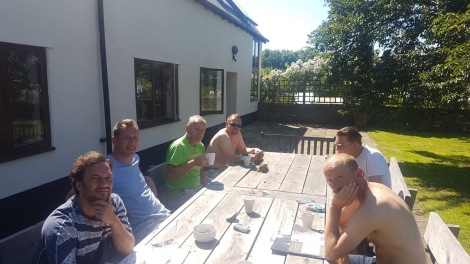 I should have known it was going to be a bad day, we were informed by the kitchen staff there was no ketchup to be had for miles around and the skipper was devising a new formula for picking the team .

We packed out bags and headed off, arriving in Sidbury early enough for the annual fete which always brings it’s own rewards (or not) Myself and Dave Day were eager to go and find Fanny but alas we were way to early and trudged back to the ground empty handed.

‘Rasputin’ Edwards was sent to look for her instead, thinking a younger head may have more luck.

We were however back in time to witness the most bizarre dismissal of the season as Jerry , never one who is backward in coming forward , walk over his stumps without scoring. This was to prove a pivotal moment in his weekend but more on this slimy, two faced shitbag later. 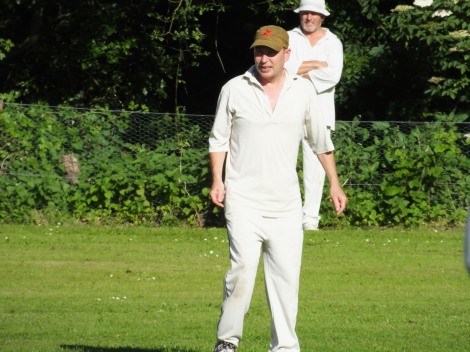 Biffo had been dealing admirably with some fine, accurate and quickish bowling from the Sidbury openers who seemed as though they were going to bowl 20 odd overs each when he departed for 15. This brought experienced Blunt of the Greys Wiggo to the crease who set about compiling a Root like innings whilst fellow Greysman came and went like lemmings jumping from a cliff.

Dead Ben took the field as if he’d never left, departing for a fine 1 only to be left rueing the 5 years of missed nets and big game rustiness that comes with having kids.

It was at this point that Wiggo’s leg had enough and he retired hurt ( albeit briefly to return later on with a comedic runner).

What was needed at this point was quick runs and who better to supply them than DD and myself who feeling confident after a cut for two attempted and clip off my legs.

I don’t remember much after this apart from a loud popping sound as I fell poleaxed to the floor  thrashing around like a fish on sandy beach, trying to make my ground.

The oppo in all fairness didn’t run me out and carried me off the field and lay me down to ponder my next 10 weeks of depression, lack of money and a broken marriage . My fellow team mates main concern was who wasn’t too pissed to drive me to A&E  which was luckily nearby.

This was never going to be enough runs against a strong batting lineup, Dave Day grabbing a couple of early wickets but all to no avail.

I missed all of this innings so can’t comment on any highlights also having lost the piece of toilet paper the PSM noms were written on .

Meanwhile back at Exeter hospital my worst fears were confirmed.  News came through that the Fish Pie was over cooked and all the peas had gone which put the lid on day a day I’d rather forget… 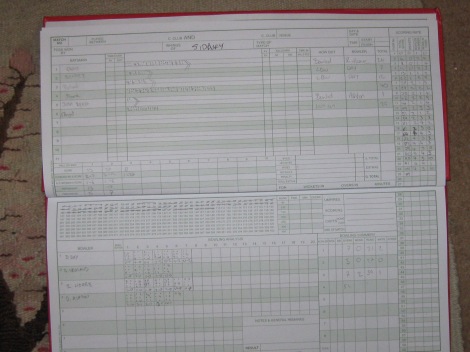 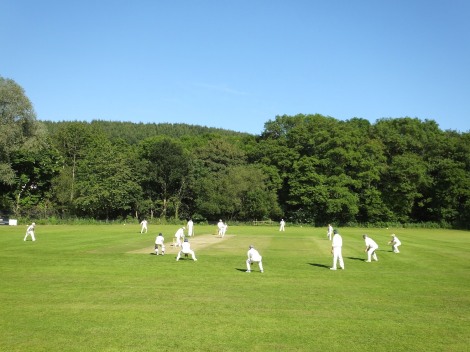 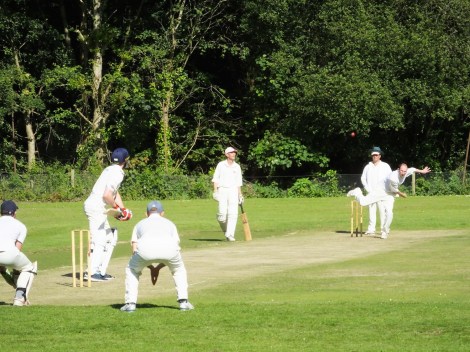 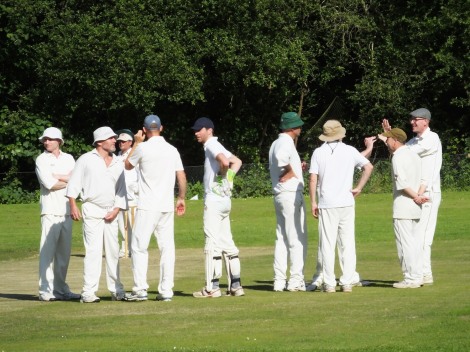 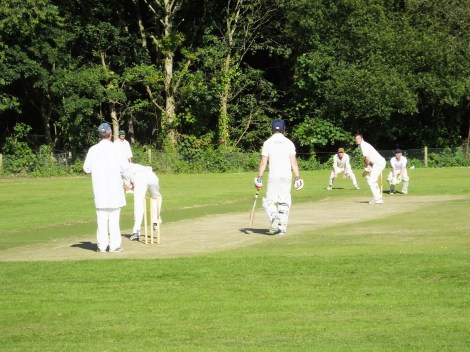 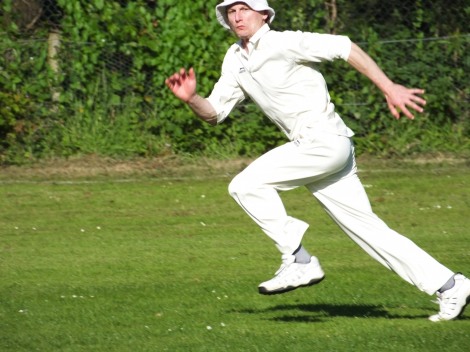 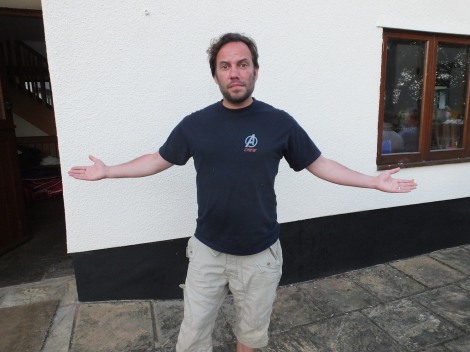 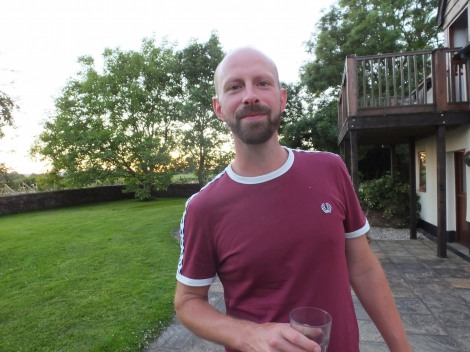 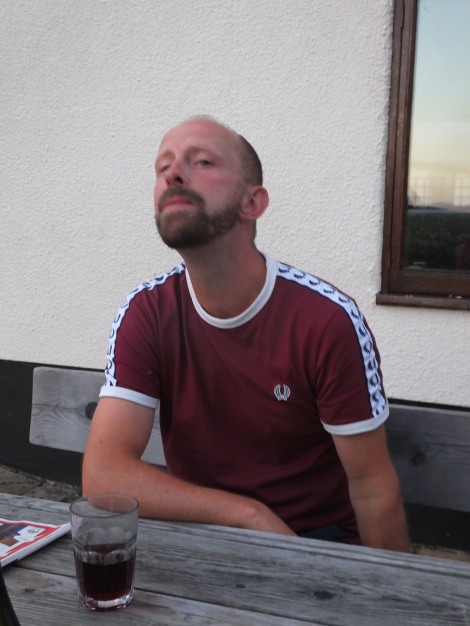 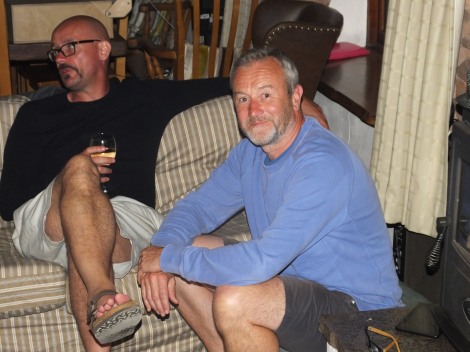 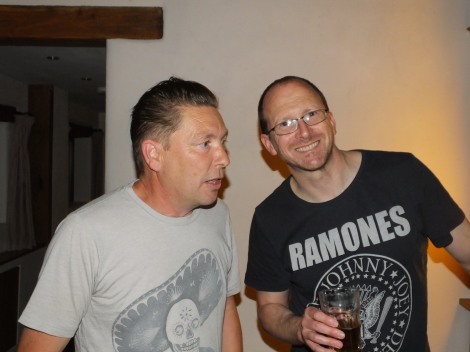 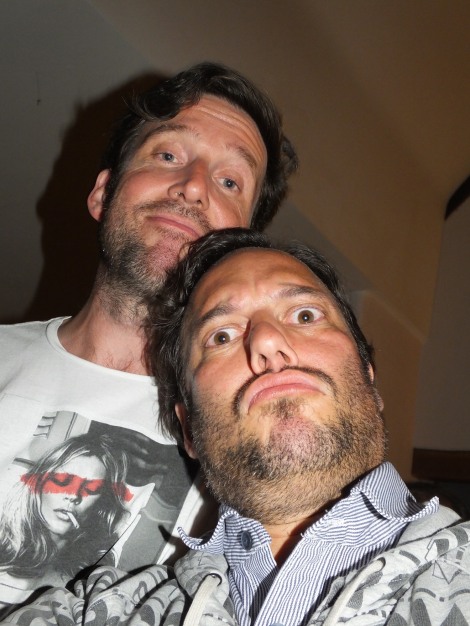 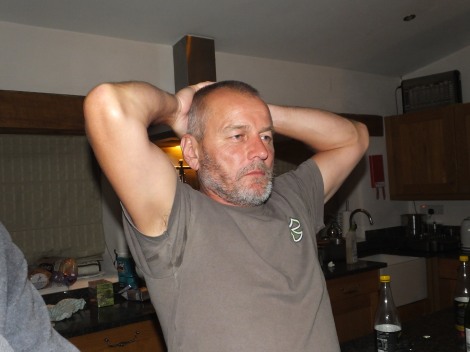 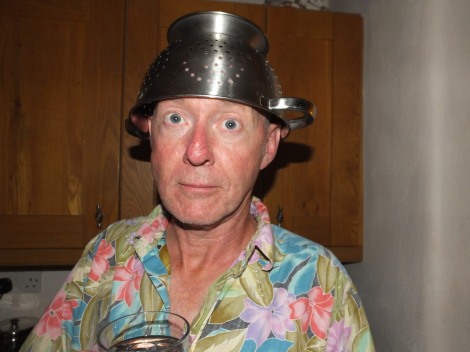