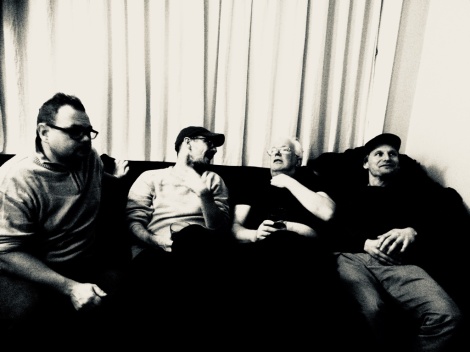 Welcome to the 30th year of the might greys!!! many thanks to Alex and Kim for putting up with us again this year and for being such great hosts.

Tim gets up from a creaky chair to make way for Alex.

Thanks again for a brilliant performance with fixtures!!

We are booked into county ground 6-7 Thursdays Till xmas.

Biff suggests using a setup where we can do fielding or working on areas that we want to improve.

“In the interests of brevity, and in the spirit of the format shifting match reports, I’m going to now attempt the world’s first non-verbal skippers report”.

Then skip did a visually stunning piece of performance art. We lost more than we won, and skipper throws in the towel.

Special mention to Dom and Del’s batting details, and Terry’s bowling performances and his hair do, and Duncan’s effort to bring in ringers, and our fallen players on the field of play (Tim/Chiefy).

We made a massive loss. We have been running at a loss for the last 3 years, (since Rob took over…)

People have to pay their subs at nets – this is very important – there are many people who have not been paying their subs. We have about £150 outstanding.

We’ve run our surplus down now, but all this means is that tour will be slightly more expensive next year. We all agree that there’s we have no problem with that.

Nets make a profit, games make a profit – we suggest that Rob makes an estimate on what should be paying to tour, based on our finances at the time.

Thanks Robbie and Rik and Zac for your efforts.

Just to clarify too, it’s £7 still for nets.

Electronic versions of the stats were sent around – and we were all very impressed by this – although Tim moans because he says when he did it, he would spend about 4 nights printing them all out and would get black lips from sucking out the empty ink cartridges.

We cover averages, overall totals, career wickets, greys caps: Terry 370, Biff and Alex over 300, Jerry 286…loads of others…huge thanks to Robbie!! (sorry I couldn’t keep up with what was said here on the night, if you want to provide a short summary I’ll happily plonk it in).

We are now approaching 50k hits on the website. The quality of input is getting better every year!! We even get opponents saying how they follow our website.

Any further ideas are welcome for special reports, Terry has been great, others are needed! Pictures, video, content ideas…

Zac  proposes we put some ads on the website. He is shouted down.

Alex says he gets positive feedback from other teams fixtures secretaries.

Richard says that it would be interesting to see some analytics (e.g. location of our website visitors) – we have these, Del can publish these.

Terry then starts to undress.

More people need to put comments on the website!!!

NOW WE HAVE A SHORT 5 min BREAK!

Rob wants to make an announcement – he prolly won’t play much next year, he’s moving to Dorset. He’d be happy to carry on as treasurer.

We vote for Rob to be chief treasurer and stato, and have Rik as an assistant.

Biff noms Ben – this is seconded

Rik noms Alex – who’s not happy for his name to go forward.

Rob noms Biff – who’s not happy for his name to go forward.

Rob noms Dom, seconded, but he’s not happy for his name to go forward

Dunc noms Jerry, but who’s not happy for his name to go forward

The team cry out: “Ben we are all completely behind you in our unianimous vote…”

Biff you became captain in 2005, that’s (we think) over 200 games…we would all like to thank you for such an amazing contribution throughout those years.

Biff noms Zac, but he’s not happy for his name to go forward

Ben: can the captain veto?…the dictatorship has begun…

Dinner! yum!…not this year but this is where it would be

11. Awards for this year and Chairman’s report.

Every year, I set you a challenge, and every year, you’re fucking shite…5 from 17. I will set the bar a bit lower next year.

Shared between BEN and DOM with 25 wickets!

Rik says he will create an award for this!! 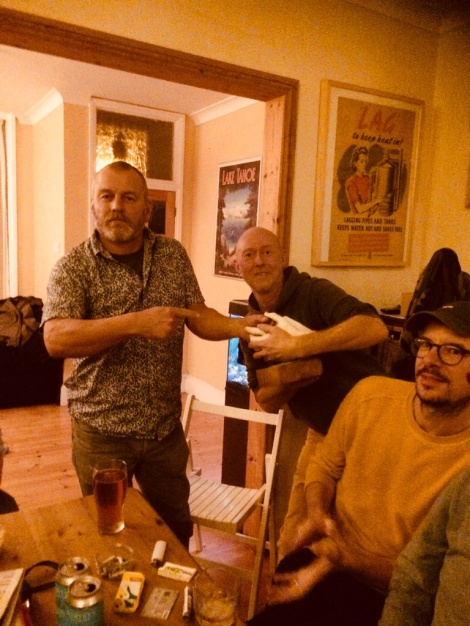 Party Seven Moment of the year.

Match report of the year

Duncan’s final one at horley

Mighty Greysman of the year.

Amazing testimonies come thick and fast…I am too hammered to type so suggest that we have a set of manlove testimonies in the comments for this post…! 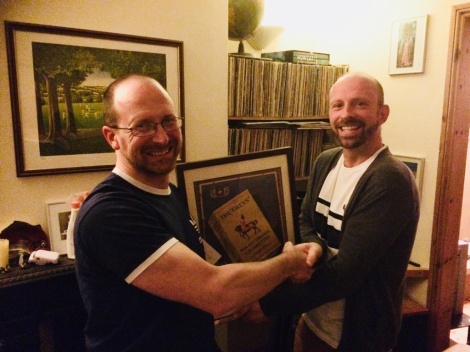 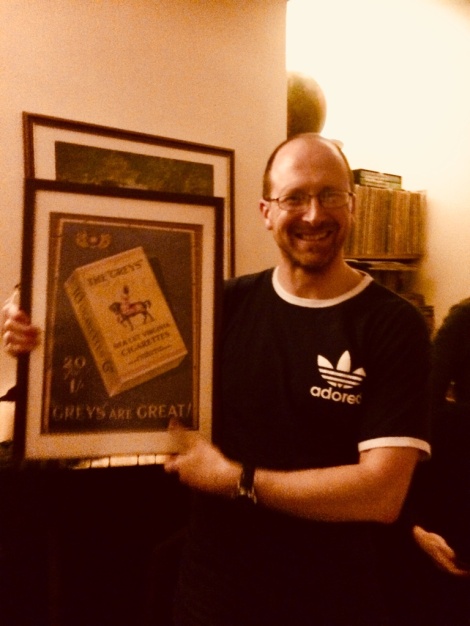 Any other business/nonsense and notes for next year!

Biff – we wana get better…catching..batting, bowling…shiould we have someone in charge for this?

Performance coach ? we agree on informal coaching at nets.

Thanks so much to Alex and Kim for putting up with us!!!

16th December for a xmas party at Zac house! – and zac agrees!… 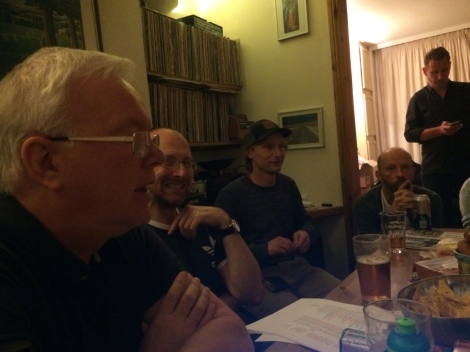 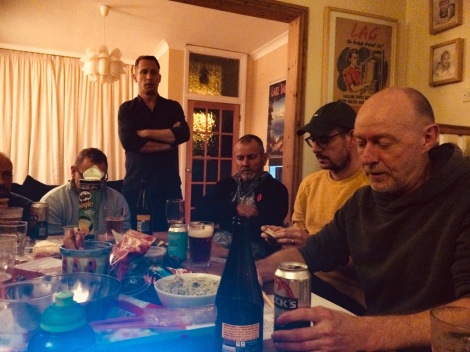 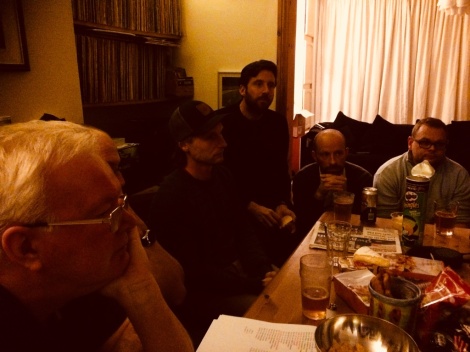 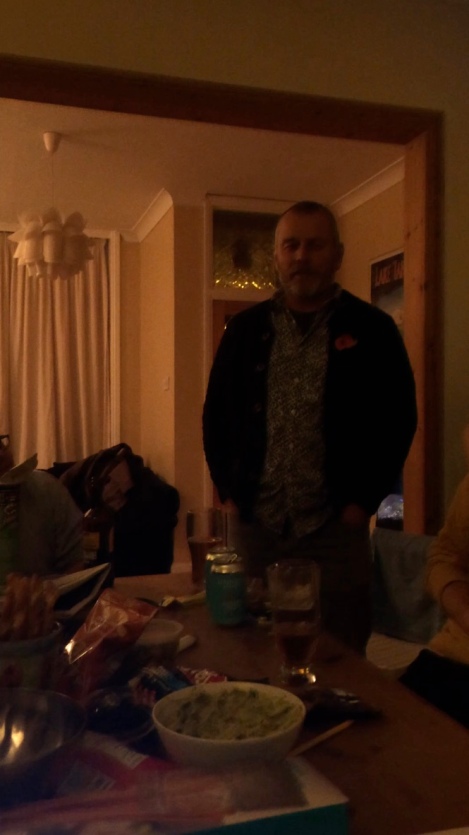 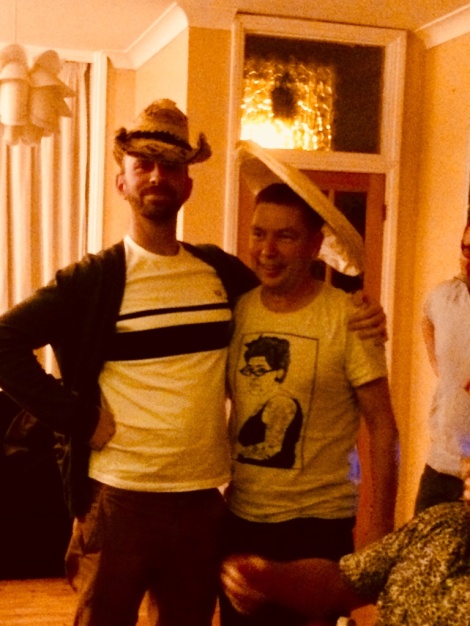 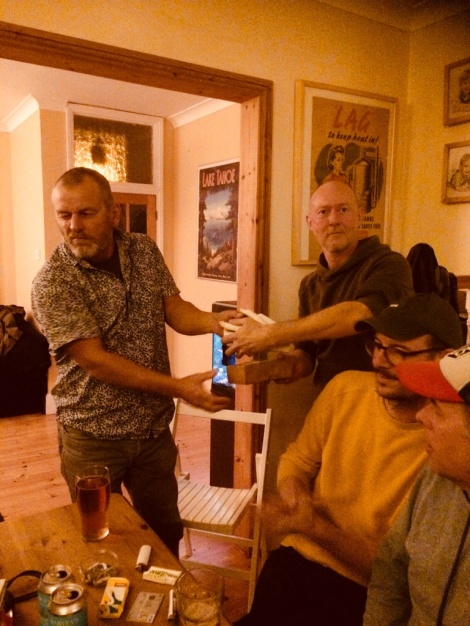 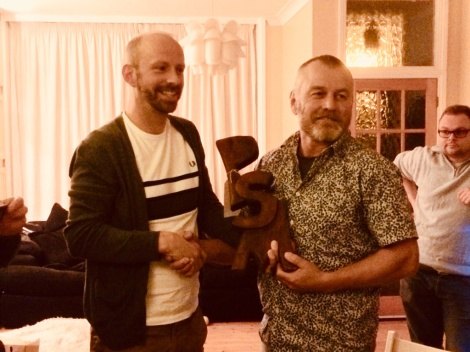 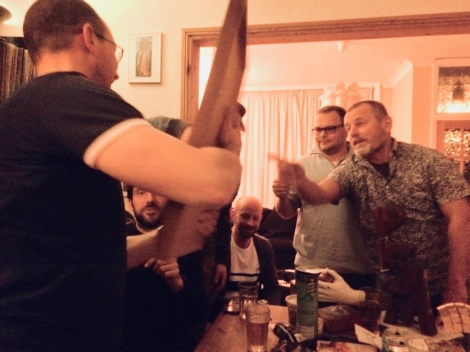 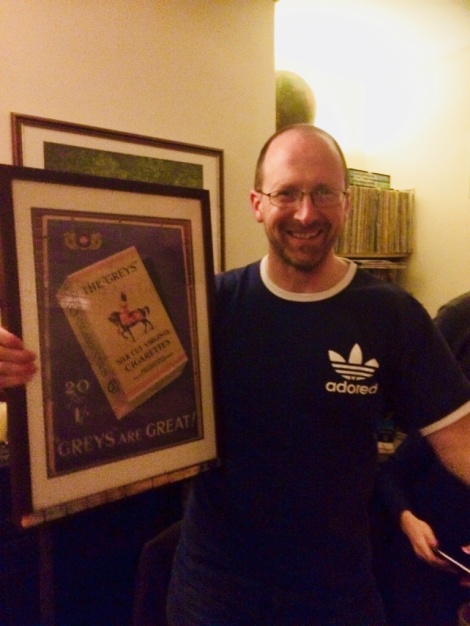 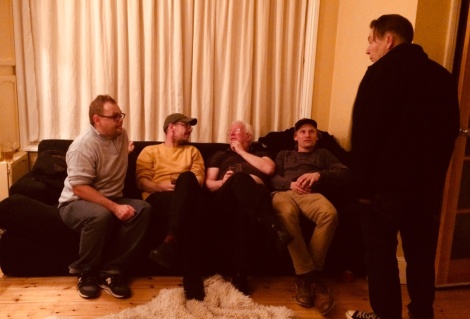